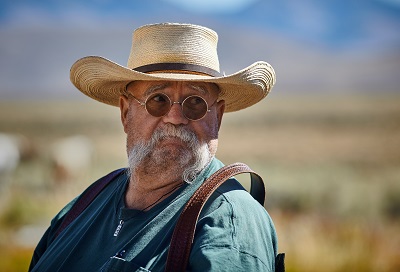 Howdy is a greeting that’s commonly used across the American Southwest. If you’ve ever traveled through Idaho, Texas, or any of the States nearby, you may wonder what you should say when you’re greeted in this way.

Greet them back politely but in a way that is comfortable for you. If you feel confident using the term “Howdy” you can greet back in the same way. Otherwise, a simple “Good morning” or “Good afternoon, nice to see you again!” will suffice.

Table of Content show
1. Origin of Howdy
2. Do you have to say howdy in return?
3. Non-Verbal Responses
4. Responding To Howdy in Formal or Business Settings
5. Morning vs Good Morning
6. Add Sir or Ma’am
7. Your Comfort Zone
8. Should you say howdy if you’re leaving?
9. Friendliness is Key

Howdy is a short form of the greeting, “How do ye?”. It became popular in southern England as early as 1563.

Since then, this informal greeting has been used in Nevada, Oregon, Arizona, and many other parts of the United States. Howdy is the official greeting of Texas A&M University.

Do you have to say howdy in return?

You don’t have to say howdy when you are greeted with the term. You can respond by using other common greetings, such as:

The type of response that you use will depend on several factors, such as your comfort level, the language that you’re comfortable with, the time of day, and even where you are located.

The most important thing is that you return the greeting. Don’t stare at the person blankly or avoid greeting them in some other way.

They’re simply showing common courtesy and they expect the same.

In many parts of America, including Texas, you’ll frequently encounter people who consider several forms of greeting appropriate. Texans use a wide range of slang words that you’ve never even heard of.

In all situations, once you know you’re being greeted courteously, you can respond by using another courteous term. If you’re from Texas or another state in the southwest and are comfortable with the jargon, you could use one of the following to respond to howdy:

“Looking at that tree up there, bigger’n Dallas.”

If you’ve been greeted with howdy before and remained quiet because you didn’t know what to do, don’t worry about it. The individual who greeted you may not have taken offense.

This is particularly true if they recognized that you were from out of state. Their main goal was probably to make you feel welcomed and acknowledged as another human being.

People in Texas and other states in the southwest recognize howdy as a culturally appropriate greeting. However, that doesn’t mean they always expect to hear it in return. If you say hello or reply by saying good afternoon, they won’t be offended.

Respond in a polite way that feels comfortable to you.

If you’re just visiting a state where howdy is used as a greeting, you may not be comfortable with your pronunciation of the word. You may also not want to risk offending anyone by mispronouncing it.

In that situation, a non-verbal response could also be used to show courtesy.

For example, you could simply:

An elbow pump could be used if you know the person or you’re in another situation where a handshake would be appropriate during your greeting. You could smile if you don’t want to speak but the other individual appears friendly.

A nod could be used if the person who is greeting you is moving quickly and takes a second to say howdy.

If the individual is a bit of a distance away, you could wave to them. You may not always want to shout howdy in return. Not everyone is comfortable shouting greetings of any kind but a wave lets them know that you’ve heard them and are wishing them well.

Research has shown that while cultural differences sometimes affect the way that we interpret body language, many non-verbal responses to greetings are universal. Most people see a head nod as a positive thing, so you can’t go wrong by simply nodding your head and smiling back at the person who greeted you.

Hold your head up and think friendly thoughts, so your facial expression reflects that.

Responding To Howdy in Formal or Business Settings

If you’re at your workplace or in another formal setting, you may feel comfortable responding to howdy by initiating a quick conversation. For example, you might want to comment on the weather or ask how the other person is doing.

“Morning. How are you”

Most of the time, howdy is used as hello. It’s not a question but a statement.

If you want to ask how the other person is doing, you should first return their greeting by saying hello or something similar. After that, you can ask how they are doing. In a business setting, this allows you to flow into a networking conversation. On a personal level, it allows you to genuinely ensure that another human being is doing well.

In a business context, you may often want to go beyond simply replying with howdy. Saying that you’re well or asking how the other person is doing, adds value to the conversation.

If someone says “Howdy” in the afternoon, it’s better to reply with “Afternoon” than “Good afternoon”.

Texans use Sir and Ma’am quite a lot and you can usually tell when someone is from Texas or another state in the southwest, by their comfort level with these terms.

You can add sir or ma’am to whatever you’re saying in response to the greeting.

Since you probably already say sir or ma’am on occasion, you’ll feel relaxed saying it. It’s an easy way to blend in more, without using slang that you’re not as comfortable with. It’s useful to use it as part of your greeting, whether you’re in a business or personal setting.

Sir and ma’am are never used in a subservient way and are only added to show respect for yourself and the other person.

For example, if a young man is on the beach and a woman walks by and says howdy, it’s appropriate for him to say:

Similarly, whether you’re talking to a man who you’re flirting with, a police officer, or a store clerk, it’s okay to respond to their howdy by including sir in your greeting. The term doesn’t take on military connotations, so if a man of any age says howdy, you can reply:

You may naturally be a more formal person. In that case, it’s best to do and say what comes naturally to you. Although saying afternoon is a better response to howdy than saying good afternoon, you may be more comfortable with the full phrase than the single word.

Stick to what flows naturally off your tongue.

If you force yourself to respond to howdy with a phrase that just doesn’t seem polite to you, you may come across as being uncomfortable. The person who is speaking to you may not realize why you’re uncomfortable and may even attribute your discomfort to their presence. Simply smile and greet them with the polite term that feels best to you.

If you feel relaxed enough, on the other hand, you could be a little more casual with your response. You could say:

Some of the greetings above, such as whazzup, can’t be used in a formal setting as easily as you would use it among friends. When in Rome, do as the Romans do.

If you notice that everyone around you is being fairly conservative with their responses, it may be a good idea to do the same.

Remember, everyone in the southwestern United States does not use howdy every day.

It is always okay to stick to what you’re comfortable saying.

If you visit a city like Dallas, you’ll find that people greet each other using a variety of terms. Some of the people who you meet will say howdy but some, who have lived in the area for quite a while, still won’t use howdy all the while.

Should you say howdy if you’re leaving?

No. You should not say howdy if you are leaving a room or if you’re parting ways after a brief conversation with a person who initially greeted you with howdy.

The term is used in the same way as you would use hello. It’s appropriate to use it or respond to it when you first meet a person, not when you are saying goodbye.

People who greet you with howdy are usually trying to be friendly. The key is to always return that friendliness, no matter what type of polite greeting you use in return.

Smile and use a tone that’s similar to theirs.

If they sound enthusiastic with their greeting, inject cheer into your voice as well.